October 4th 2018 not only promised to be a sunny day, it was a milestone. The employees of the Eschikon Campus were able to explore the new young and beef cattle barn. Following the guided tour, there were many exciting talks and discussions about possible projects and new goals during an aperitif. But before that, Joël Bérard, Head of Research AgroVet-Strickhof, welcomed the guests from research, education and service. "AgroVet-Strickhof is like a living creature that constantly re-shapes and thrives to meet the needs of education, research and production," says Bérard. Andreas Rüsch, Strickhof Vice Director and Head of Agricultural Advisory Service, was also very pleased and thanked all those who were involved for their commitment on behalf of the Strickhof management in order to reach a successful finalization.

AgroVet-Strickhof celebrated its opening in September 2017, since then was repeatedly filed and screwed to other stables and animal shelters, so that a staggered commissioning could take place. Because research and education cannot wait. Therefore, the students could already use the existing possibilities extensively. Due to the successful completion of the last major construction phase, another milestone has been achieved, but this did not always seem so certain. Without the great commitment of Hanspeter Renfer, Head of Farm Operation, who literally used screws and fasteners at the very last minute, this would not have been possible. Therefore, it was also a special moment for him to guide the invited guests through his new barn and explain the group housing in the deep litter system as well as the high and low box system. Further, he was able to lend the special construction measures to the eager listeners, because this stable is built to the standards of an experimental animal husbandry. Moreover, there are individually programmable gates for the beef cattle, resulting in monitoring the feed intake. In addition to the needs of agricultural production, this barn must also help scientists to answer their research questions.

Already on October 8th, 2018, the first animals moved into their new home and quickly found their way into their new environment. Within a short time the animals learned to find their own feeding place and to open the gates with ease. The first project in the new stable started at the end of October. The doctoral thesis of Magdalena Kurrig (ETH Zurich) will investigate possible feeding strategies for the environmentally friendly and efficient production of high-quality beef under Swiss production conditions. These and other questions will be clarified at the new AgroVet-Strickhof Competence Center in order to contribute to livestock research.

>> Further information on the Young and Beef Cattle Barn

On Sunday 28 October 2018 Swisscow took place at the AgroVet-Strickhof in Lindau ZH. In the fourth edition, Swissherdbook awarded 375 farms with outstanding management and/or exceptional breeding cows.

>> Link to the article in «Schweizer Bauern» 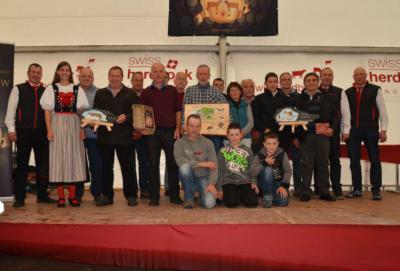 On Monday, 27th August 2018 3sat informed 3sat within the program «nano» about AgroVet-Strickhof in German.

This program gives a good overview about the work and the goals by AgroVet-Strickhof.

>> Link to the video in German 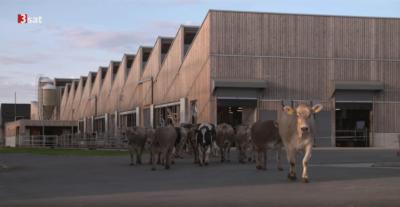 We cordially welcome Susanne Meese in our team and we look forward to the collaboration.

Start of construction on Früebüel in July 2018

After the building application was approved end of 2017 the construction work will start in July 2018.