Only 20 years differenz of the age:

Milestones of the AgroVet-Strickhof project

History of the Lindau Site

The agricultural school Strickhof and its predecessors have a long history. The Bläsihof in Winterberg began in 1818 with eight boarding pupils. The driving force behind the Bläsihof and its creation was Hans Konrad Escher von der Linth (1767–1823), president of the supervisory board. After his death he received the honorary title «von der Linth» in remembrance of his lifetime achievement of improving the flow of the Linth river and its surrounding land. The Bläsihof school closed in 1926.

On 3. May 1853 the first arable farming school was opened at Strickhof in Zurich. The schoolstarted with 14 farmers' sons: 12 from Zurich and 2 from Bern. From 1897 courses were also offered in Winter.

The Irchel area of the University of Zurich was later developed at this site. Before the Strickhof functioned there the farming property belonged to the former hospital. From 1852 to 1976 the Strickhof in Oberstrass was home to the agricultural school of the Kanton of Zurich (see photo).

In 1967 the Kanton was given the opportunity to buy the former factory site of Nestlé in Lindau to build a new school. In 1970 the Zurich electorate supported the agricultural school's moving plans with a clear 70% voting yes in the referendum. In 1973 the foundations were laid in Lindau for the «green university» and its opening was celebrated on 3. September 1976.

Photos of the original location of Strickhof at Strickhofstrasse in Zurich 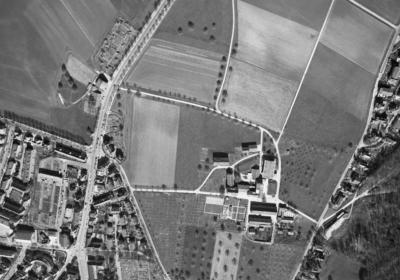 Development of agricultural schools in the 19th century

The need for academic education of farmers began at the end of the 18th century as a result of physiocracy and the scientification of agriculture, leading to the first agricultural schools in Switzerland in the 19th century. Some were full time schools such as Strickhof (Zurich, 1853), Rütti (Zollikofen municipality, BE, 1860), Cernier, NE (1885) and Grangeneuve, FR (Posieux, 1922). Most of them only offered winter courses from November to March. Some were specialised in certain areas such as dairy or alpine farming, horticulture or viticulture. All schools oriented their teaching towards the needs of typical small and medium sized Swiss farms. The syllabus covered general education (mother tongue, maths, history), sciences (botany, zoology, chemistry) and technical and occupational subjects (breeding, fruit-growing, horticulture, viticulture, agricultural legislation and economics, and bookkeeping). The education lasted for at least two semesters. The students of these cantonal schools (often with boarding option) had already completed obligatory schooling and had already gained some experience on the family farm. In 1890 there were 6 agricultural schools in Switzerland (218 students), in 1913 20 schools (1329 students) and in 1960 40 schools (3229 students).

Silage making in the middle of the construction site

Mid May 2016, during the silage making period, the mobile silo facility was ready to fill the first mobile silo in the middle of the construction site. The company recorded it on video.

History of the Wülflingen Agricultural School

The Wülflingen Agricultural School has been founded in 1927. Since 1998 the operations of the former agricultural school Wülflingen have been integrated into the Strickhof site. 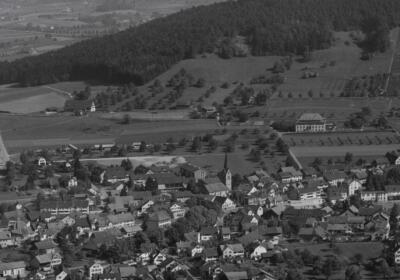 The upland moor on the Walchwiler mountain played an important role in the supply of energy in both the First and Second World War (as did other upland moors in Switzerland). The upland moor is very big and was easily reachable. During the world wars a great amount of peat was cut mechanically (not by hand) to supply energy to the region. In Eigenried 350 people were employed by four companies to cut peat, which was comissioned by the government as part of their war provisioning. The people lived in primitive barracks on the outskirts of the working area. There are plenty of reports and photos documenting the mechanical peat cutting.

Even after the Second World War peat cutting continued until the 1960s to improve the ground in gardens. As a result, the Eigenried upland moor was considerably damaged as it dried out due to the peat cutting. Compost products gradually replaced peat as a ground improver.

After a break, peat cutting resumed during the Second World War and people were confident that the 3-5 metre deep peat spread over 10 hectares of the upland moor would provide plenty of peat over the years to come. In the 1960s the damage became evident and peat cutting was abandoned in the whole of Switzerland. A moor protection initiative was launched, which was implemented by the federal constitution. 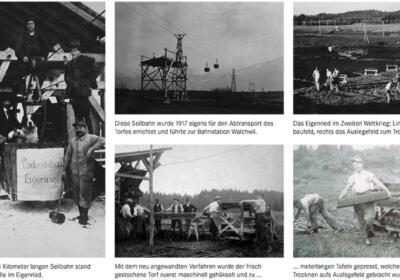 In spring 2014 the planning for the renovation and extension of Früebüel began. A working group from the ETH Zurich, including an architect and a landscape architect, made plans together with the commune of Walchwil and the Kanton of Zug to carry out the necessary infrastructure changes for the AgroVet-Strickhof concept, giving Früebüel specific new functions. The reason for this is the closure of Chamau, the main site which Früebüel was attached to until 2016. As there is a big distance between Früebüel and the main site in Lindau ZH, Früebüel must become more independent.

On 30.11.2016 the building application for the project was handed in, and is currently in the process of being approved. Construction is planned for 2018.

Within the concept AgroVet-Strickhof infrastructural modification and enlargement will be done of Früebüel. There will be modification on buildings and the construction of fence and other facilities for fallow. Therefore other modifications are for breeding cattle, suckling cows and sheeps who will be kept on Früebüel.

Agricultural scientists as well as veterinarian will profit within science and teaching. In addition the education of farmers can improve.

The University of Zurich, the ETH Zurich and the canton of Zurich have established AgroVet-Strickhof to approach the challenge to save a sustainable and healthy production of foodstuff of animals and plants.

In the meantime the implementation planning is so far that the realisation can start in July 2018, beginning with the first phase of demolition of buildings.

Time table of the realisation

The following timetable for the realisation shows the different phases. Within the map you will find the assigned buildings in the timetable. 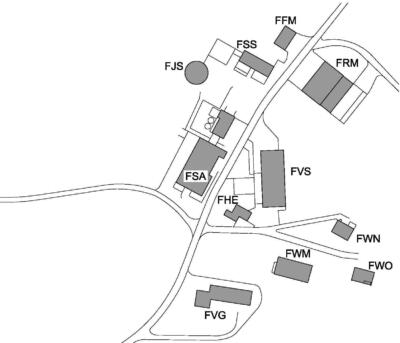 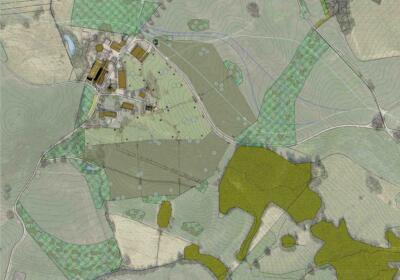 Zuger mountain as a military prison

In 1943, the Military Department of the Swiss Confederation bought Früebüel from the Walchwil Corporation in order to build a military prison, as the prison in St. Maurice VS had to move location. 46.134 hectares of land were bought for CHF 166'085 (CHF 3600 per hectare). In 1944 the Military Department bought a further 15.72 hectares of land from the Walchwil Corporation for CHF 56'581 (CHF 3600 per hectare). Since 1944 the surface area belonging to the Swiss Confederation has remained at 61.9 hectares.

From 1943 to 1988 Früebüel was a military prison. During the Soviet - Afghan war (1979-1988), Switzerland took on eleven Soviet citizens that had been captured by the Afghan resistance fighters, as the latter were not able to treat the prisoners according to the Geneva convention. Both sides agreed with the decision, and the prisoners were held for two years on the Zuger mountain.

The resistance fighters were still imprisoned for some time once Früebüel was being used by the ETH. The military prison included a farm and four residential buildings comprising nine flats for employees including supervisors. The barracks were demolished in the 1990s and in 2010 the barbed wire fence was removed (see photo).

After acquistion of the site by the ETH, the barracks were still used by the cantonal authorities to house asylum seekers. The acquistion contract stated that the builings must remain so that their function as a prison could be resumed at short notice.

In 2015 the alp building was completely renovated and Alp Weissenstein was connected to the intranet of the ETH Zurich. The cattle barn was equipped with new flexible barn facilities (freestall and tethered barn) and an exercise yard.

On 9. July 2016 the renovation was celebrated by employees from Strickhof, ETH Zurich and the University of Zurich, as well as the public. 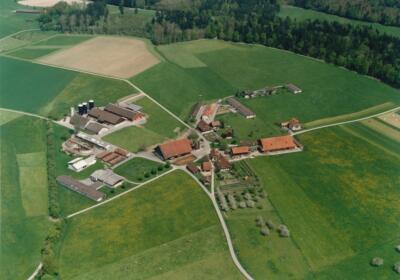 The farm «Untere Chamau» has been bought by the Swiss Government in 1948 to establish a research station for animal breeding.

Since then up to 2017 the resarch station was used for different purposes in research and education.

The Chamau is situated in the flat valley between the river Reuss and Lorze. The valley is lignend north-south and is situated in Canton Zug at the altitude of 400 metres above sealevel.

The underground ist broken rocks and on top is heavy soil, profound, slightly sandy and humuos clay. The pH value ranges from 6.1 to 7.6. The unterground water is at high level.